I developed all the scripts in Python to retrieve and extract popular landmarks by clustering image references using the K-means algorithm. The image processing elements, and the map itself were handled by the co-authors.

Flickr has a large set of geo-located images. We used the assumption that the more popular a landmark, the more photos would be taken of it.

I wrote a series of scripts to fetch all Flickr images taken within a geographical boundary, and cluster those images using K-means and TF-IDF. The result was a set of cluster geographically located, and labeled with the landmark tags.

The co-authors used several image processing components to merge different images of the same landmark, and create a thumbnail for each landmark. Those landmarks thumbnails were then placed on a map image.

Watch the video to see the process in action. 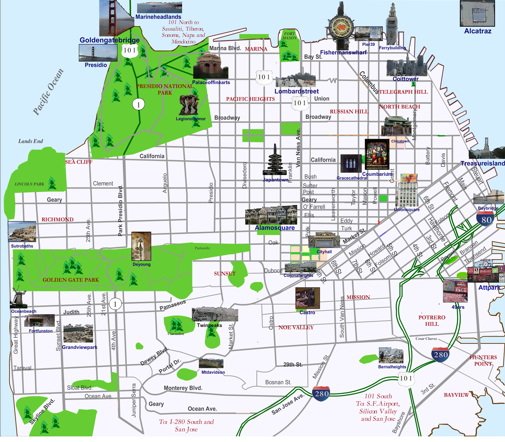 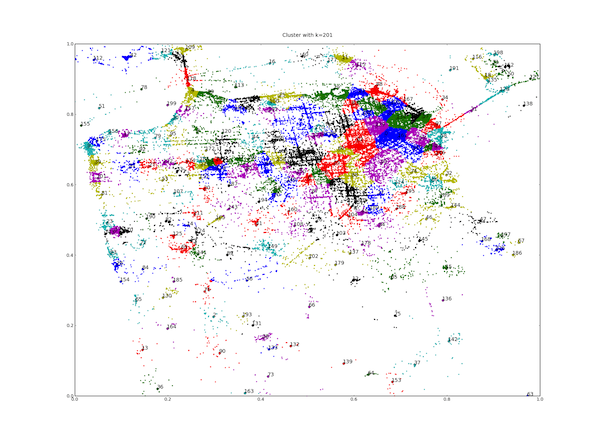 Every Flickr image found geolocated in San Francisco is shown. The color represents the cluster to which it belongs. 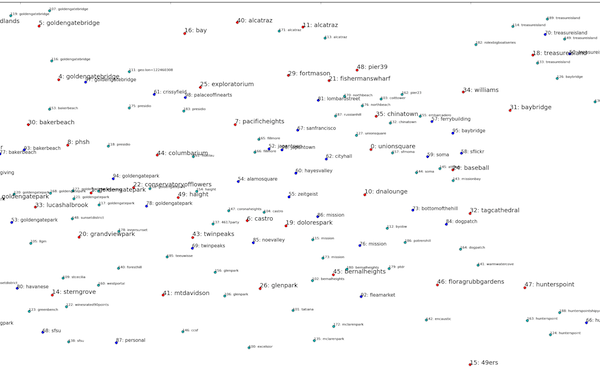 A cropped image shows a subset of the final tag for each cluster is shown for San Francisco. Clusters are ranked in order of importance. Tags are like: GoldenGateBridge, Alcatraz, PacificHeights, etc

I ran the process through different cities, but San Francisco was definitely the most successful one because it had so many more geolocated photos in 2008-2009 than other cities.